Views of what constituted a "normal" "healthy" body were inherently ableist, within a frame that largely prioritised the achievements of the Euro-American upper classes. 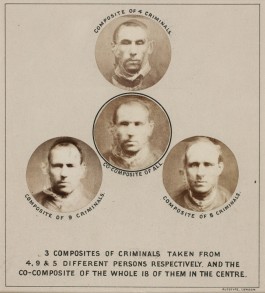 As part of a wider conception race and the normalised body, eugenics was centrally concerned with improving human capability by selectively breeding out hereditary mental and physical illness, disease and disability, and with selecting for the most successful and “useful” offspring within human populations (Ladd-Taylor 2017). Ability and success were inevitably viewed through the lens of contemporary understandings of what constituted a “normal” healthy body, and largely prioritised the achievements of the Euro-American upper classes. Galton utilised a number of existing ways of measuring bodies, and also experimented with new techniques, to collect a large amount of data to support this view of a statistical norm. Galton believed that an individual’s potential was almost entirely determined by their inherited physical features, and that psychological factors (especially criminality) manifested in physical appearance and as such, he experimented with ways of visualising “normality,” such as the composite photograph.

The anxieties and stereotypes of working class people being "unintelligent", "incapable" or "criminal" are well-entrenched in governmental policies today (e.g. see Jones 2011). As is the case with women, non-white people and other identities marginalised by the frame of eugenics, differently abled and working class people suffer disproportionately from the political organisation and actions of the state. The historian of eugenics, Debbie Challis, describes this as "malign neglect," resulting from state inaction (2003).

These objects show some of the ways in which ability, class and criminality were framed in the work of Galton and colleagues at UCL. 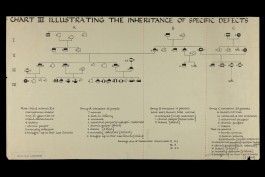 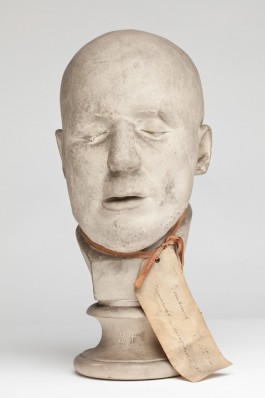 LDUSC-Noel-34ACCESSION NUMBER: A unique identifier assigned to, and achieving initial control of, each acquisition. Assignment of accession numbers typically occurs at the point of accessioning or cataloging.

Francis Galton was far from the first to propose correlations between the psychology and physicality of a person.... 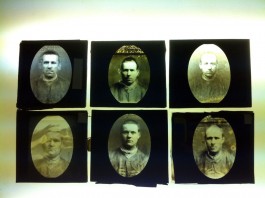 LDUGC-378ACCESSION NUMBER: A unique identifier assigned to, and achieving initial control of, each acquisition. Assignment of accession numbers typically occurs at the point of accessioning or cataloging.

The Victorian era, obsessed with moral restraint and sexual moderation, led to a fascination for the classification of all that was considered as alien to these strict moral codes.... 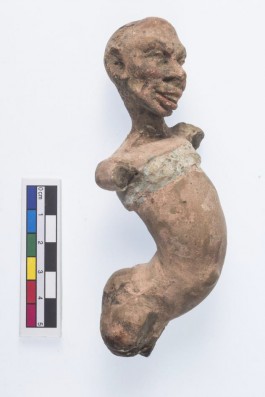 LDUAC-UCL1592ACCESSION NUMBER: A unique identifier assigned to, and achieving initial control of, each acquisition. Assignment of accession numbers typically occurs at the point of accessioning or cataloging.

At first glance, the ceramic figurine originating from Egypt during the Hellenistic period seems to hold little relevance to the eugenicist movement of the 19th and 20th century....