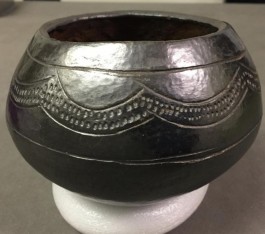 Content Warning: This essay contains racist language cited from original documents. We do not condone the use of this language. 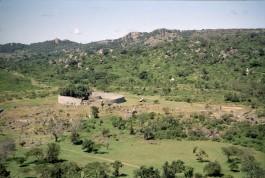 This ceramic bowl was purchased for Margaret Drower in a village near Great Zimbabwe in Zimbabwe in the late 20th Century (Du et al. 2021). Drower bought this bowl when writing the biography of the archaeologist Gertrude Caton-Thompson.

In 1929, Caton-Thompson established that Great Zimbabwe was a locally built site (Koff, 1997). She compared bowls such as this that were still produced by the local Shona people with those excavated at the site to reach this conclusion (Du et al. 2021).

What makes Caton-Thompson's findings so significant? The previous lack of belief and acceptance that Africans could have built Great Zimbabwe.

Great Zimbabwe is a UNESCO World Heritage site located in Zimbabwe. Zimbabwe was formerly known as Southern Rhodesia - named after the colonialist Cecil Rhodes - until its independence from British rule in 1980 (Koff, 1997). During this colonial period, the archaeological record was typically interpreted to support ideas of a 'backward' Africa, used for colonial justification and propaganda.

Zimbabwe was under the control of the British South Africa Company from 1890-1922 (BSAC) (Mwatwara and Swart, 2016).  The white-settler community voted for "Responsible Government" in 1922, ending BSAC's government yet maintaining British rule over natives (Lee, 1975). Many colonial settlers believed that Great Zimbabwe was a once-thriving settlement of Phoenician or Semitic people, which then declined as the "purer" settlers mixed with the native Africans (Du et al. 2021). This justified their position in Zimbabwe.

The first scientific study of the stone ruins at Great Zimbabwe was commissioned by the British South Africa Company (BSAC) (Koff, 1997). The company wished to find evidence to support European colonisation as a just cause, with the white race returning to a land they previously ruled (Koff, 1997).

They sent James Bent to excavate the site in 1891. He concluded that Great Zimbabwe was created by a Northern race from Arabia, close in race to the Phoenicians and Egyptians (Koff, 1997). Richard Hall, appointed curator of Great Zimbabwe by BSAC in 1902, drew similar conclusions; the ruins were part of a Phoenician colony that later degenerated (Koff, 1997). These conclusions suited the idea that Africa was previously civilised by a light-skinned people from the Near East, attributing any signs of culture to them rather than native Africans (Koff, 1997).

However, both Bent and Hall destroyed evidence that suggested otherwise. Bent preserved evidence of foreign occupation and discarded any that did not suit his theory (Du et al. 2021). Hall destroyed a vital part of the ruin, claiming he was abolishing "the filth and decadence of the k****r occupation," using a racial slur that refers to black Africans (Du et al. 2021). Hall and Bent's destruction of cultural history to please the BSAC and white settler community, demonstrates the levels of racial bias overshadowing these discoveries. 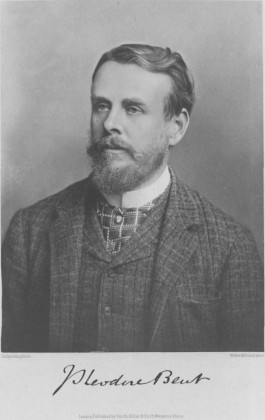 Caton-Thompson excavated at Great Zimbabwe in 1929. She utilised new stratigraphic techniques and studied the pottery found at Great Zimbabwe compared to those made locally by the Shona people (Du et al. 2021). She concluded that the site had to be of local construction rather than one built by West Asian or Egyptian Settlers (Koff, 1997). She stated:

"All evidence, gathered from every quarter, still can produce not one single item that is not in accordance with the claim of Bantu origins and a medieval date" (Caton Thompson in Koff, 1997).

Bantu refers to the Bantu language spoken by the local Shona people (Du et al. 2021). However, Caton-Thompson was not the first to conclude these origins. In 1905 archaeologist David Randall-MacIver concluded:

"The buildings were constructed by the people whose implements, weapons and ornaments are found there- that is to say, by a negro or negroid race closely akin to the present dwellers in the country." (Randall-MacIver, 1906, p.328). 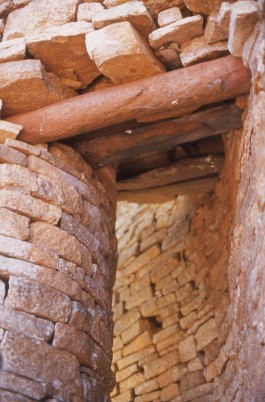 It is suggested that Caton-Thompson's conclusions were more accepted because she stated that the buildings were poorly constructed and made with a lack of skill (Du et al. 2021). She claimed that Great Zimbabwe “strikes me as essentially the product of an infantile, pre-logical mind” (Caton-Thompson in Ndoro, 2001, p.40). This statement reinforced colonial ideas of Africans being less civilised and, therefore, legitimised Britain's colonial rule (Du et al. 2021).

Both Randall-MacIver and Caton-Thompson were professional archaeologists trained by Flinders Petrie, whereas Hall and Bent were untrained amateurs (Koff, 1997). Yet, Caton-Thompson's findings still came under fire and were refuted mainly by the colonial-settler community who preferred Hall and Bent's theories.

The settler's control and occupation of Zimbabwe caused continued resistance to accept the African origins of Great Zimbabwe. This resistance resulted in archaeologists such as Peter Garlake resigning from their positions, in his case as Inspector of Monuments in 1971 (Koff, 1997). His decision came after the government released a “secret order… that no official publication should indicate that Great Zimbabwe had been built by blacks [sic]” (Koff, 1997, p.50).

The lack of belief and resistance in accepting Great Zimbabwe's origins gave the illusion that this site was a mystery. Yet as Connah states, "There was never any doubt about its African origins in the minds of those who really understood the archaeological evidence” (Connah, 1987). 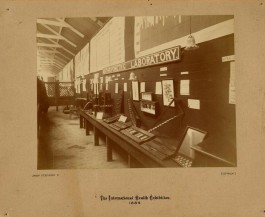 LDUGC-145ACCESSION NUMBER: A unique identifier assigned to, and achieving initial control of, each acquisition. Assignment of accession numbers typically occurs at the point of accessioning or cataloging.

This photograph depicts the first Anthropometric Laboratory, established by Francis Galton, at the 1884 International Health Exhibition.... 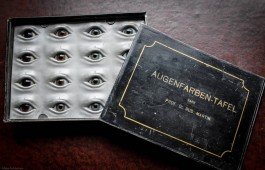 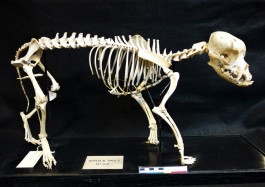 The Grant Museum of Zoology at UCL holds a number of dog skeletons, skins and a mounted dog specimen which relate to Karl Pearson's dog breeding programme at UCL....